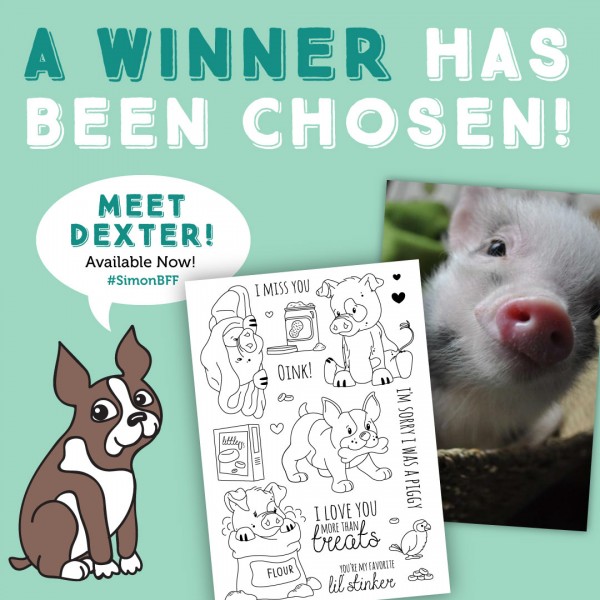 Hi readers! TGIF! We wanted to formally introduce you to Simon’s new BFF, Dexter! The name of this inspired stamp set is Dexter and Simon.  Dexter’s Mama is Kaylie and her Mom entered Dexter into the #SimonBFF contest! They are both pictured in the lower right hand portion the collage. We want to take a moment to thank each and everyone of you who entered to be Simon’s BFF! We would have loved to pick them all, you all have such fantastic pets!

We hope Dexter touches your hearts like he did ours, and that you love this special stamp set inspired by Dexter and his mischievous nature! Below you can read Dexter’s full bio. Simon thinks this is the beginning of a beautiful friendship… 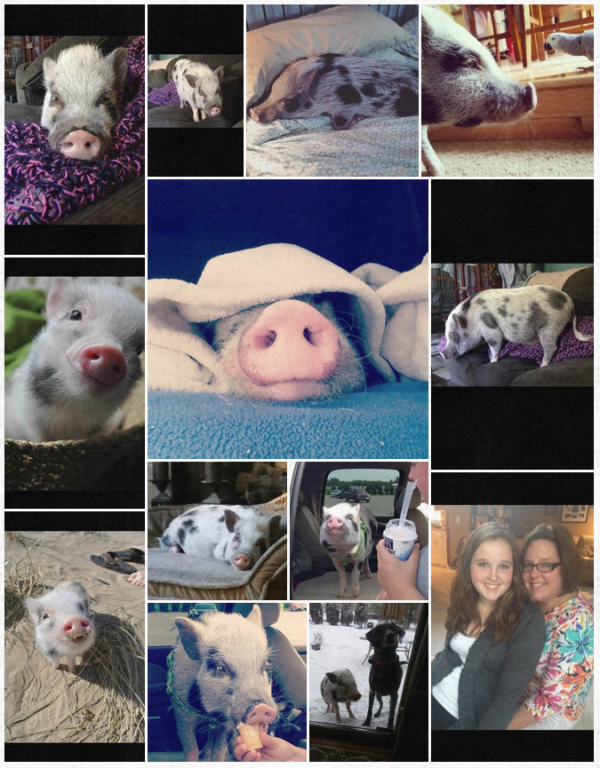 Dexter was born on December 1, 2012 so that makes him a toddler of almost 3. His mama is my daughter Kaylie  (I have attached a picture of us) who is 20. She is getting ready to attend nursing school in the fall to become a RN. We first met Dexter) at a breeder when he was only four days old and he was five weeks old when web brought him home. He was fully litter trained when we “adopted” him but he prefers to do his business outside now.

Dexter is 50 pounds and is full grown.

He eats mini piggy food (looks like rabbit food pellets) and fruits and veggies. He’s a vegetarian!  He is very naughty and likes to get into our pantry and has made huge messes with flour, bisquick and chia seeds. He lives for treats of Cheerios, peanut butter and pumpkin dog biscuits, (he shares those with his brother Phoenix the chocolate lab and his sister Izzy the mini daschund). He also has four parrot siblings – Quincy the African grey, Buoy the Caique, Harper the green cheeked conure and Piper the Parrotlet. He and Phoenix like to chase each other around our yard and he is very sweet to the birds. Izzy mostly growls at him but he just ignores her.

Dexter is great with kids. He has been asked to come to a kindergarten class, a day care and a few children’s birthday parties. He will eat Cheerios out of the children’s hands.

Dexter sleeps with his mommy under her covers and when she is gone, he sleeps with my husband and I under our covers (oh yippy). He has a piggy bed that he sleeps in when no one is home and he has full run of the house. (Hence the pantry messes!) We live in a two story home and for the longest time (I’d say until about six months ago) Dexter could only go up the steps but not down. He is like dead weight when you are carrying him, so we were glad when he could finally make it both ways.

Dex doesn’t really play with toys but he does have a Cooke of treat balls that dispense treats that he likes to chase around. He LOVES to be outside in the summer and grazes on the grass all day. He gets chubbier in the summer and slims out a little in the winter. We are in Michigan and he isn’t a fan of the snow.

Dexter is very talkative and we can definitely tell what he wants by the tone and volume of his oinks. He loves to be rubbed on his belly and behind his ears and loves to be right next to one of us when he is relaxing. He falls over (think cow tipping) when you start to pet him. He loves it!  He is generally good with other adults once he gets used to them.

We bought a vintage camper, a 1966 Avion (like an Airstream) a year ago and Dex loves to go camping with us. In fact, we have only brought him and one of the parrots along and the doggies and other birds have to stay at home.  He is always the center of attention at the campgrounds!

Happy stamping! Thanks for reading! 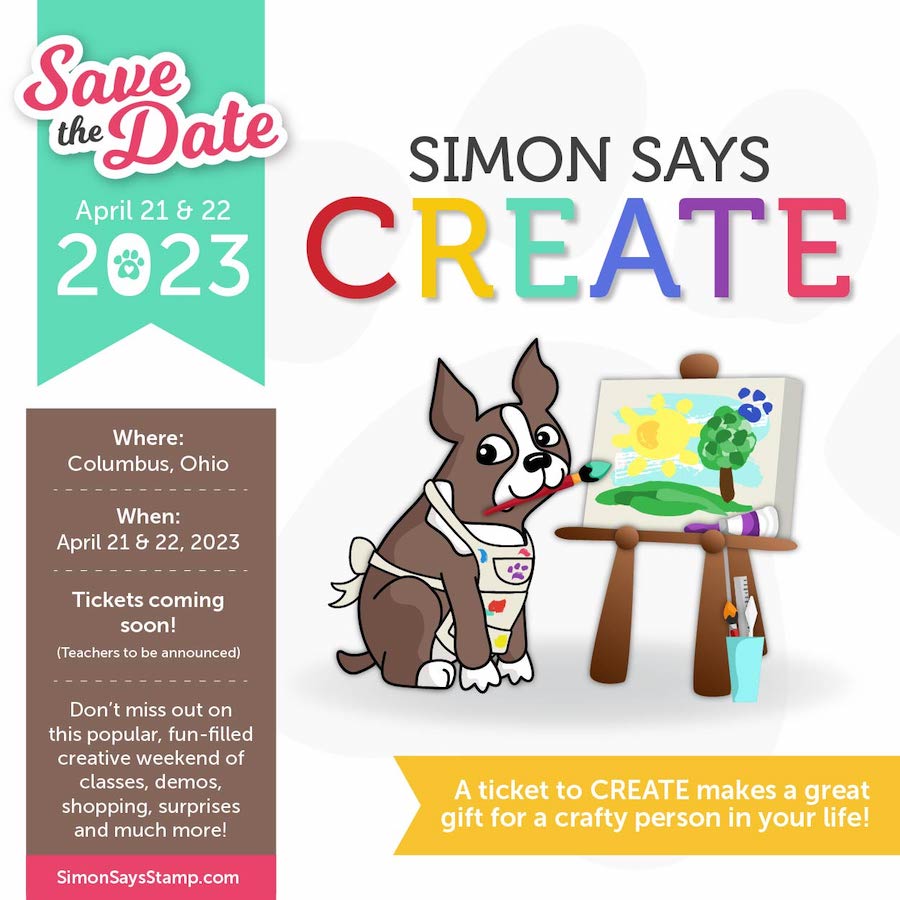